I recently attended ACCU conference in Bristol. Below you can find some of the tweet-size notes I made during the conference.

If you haven’t been to ACCU conferences, the conference schedule might give you an idea of what it’s like. It has emphasis on C++ but other languages and technologies are welcome. Because of C++ focus, most of the attendees are much more experienced compared to other conferences. Therefore, it might be a great opportunity to learn. Even though the conference has tracks and schedule prepared in advance, overall it feels more like an aopen-space conference where you’re welcome to talk to anyone.

Most of the sessions were filmed but only some of them are available at the moment. I’ll update the blog when more videos are published.

A Glimpse of Trygve: From Class-oriented Programming to Real OO - Jim Coplien 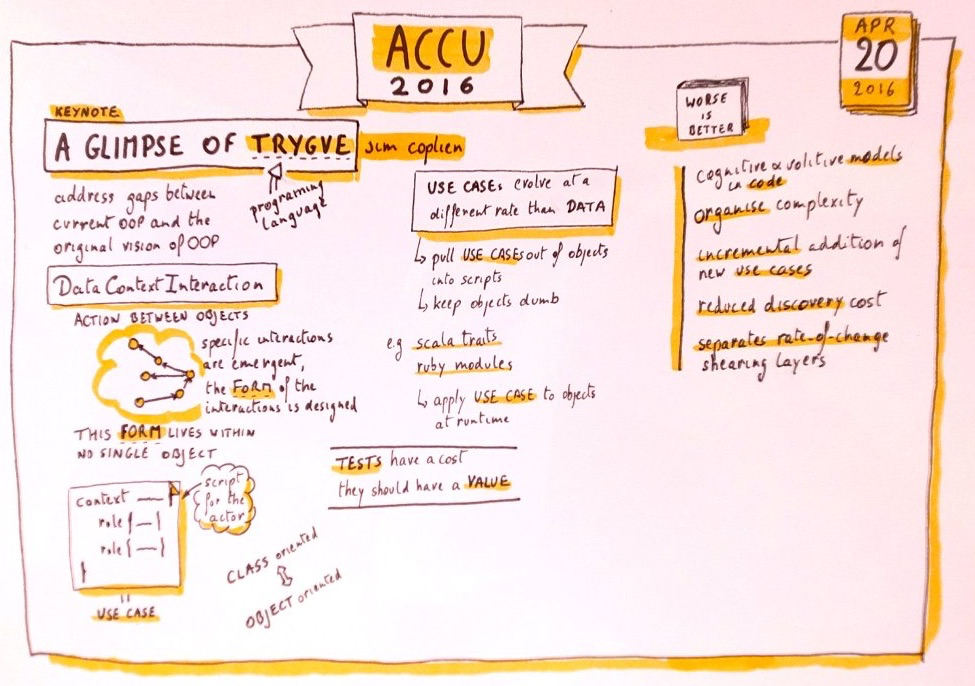 In this talk Andy Brice told a story of how he set up his own product-oriented company and what he learned from this experience over the last 10+ years. It was very insightful and interesting talk showing how far seemingly niche table planning piece of software can take you if it’s done well.

This talk was partially based on the ACCU journal Branching Strategies article. The most interesting idea for me was to think about branching strategies in terms of project risk management (see Waltzing With Bears book) rather than purely software. 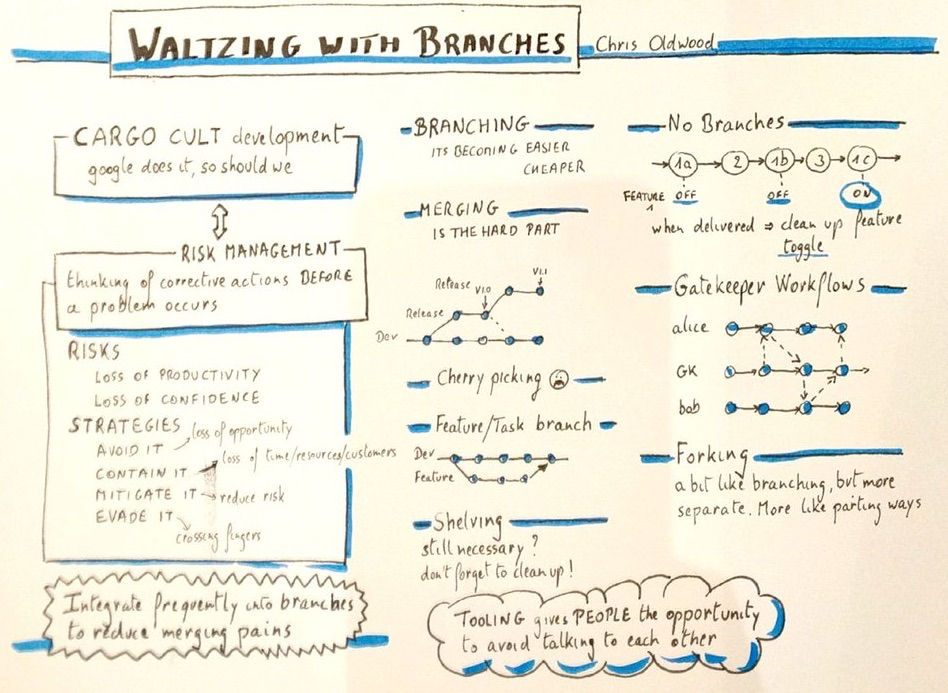 There were three parts in this talk:

This talk was partially based on this article and also included showing simulation using Python to explore applicability of Brooks’ Law (for source code see this project on GitHub).

The most exciting idea for me was that modelling and simulations have been successfully applied in other industries and software development doesn’t have to be an exception (especially if we want it to become more scientific).

If you are not familiar with FizzBuzz or you think that FizzBuzz implementation is obvious and straightforward, this talk is for you. On a serious note, it was a great talk about thinking about problems in a more declarative way to express your intent rather than computer instructions.

As the title suggests this session was about implementing classic snake video game using different programming languages and platforms (including ZX Spectrum!). You can find Andy Balaam’s videos on this topic in his blog.

On Wednesday, Thursday and Friday there were series of 5 minute lightning talks. They were planned during the day and everyone attending the conference was encouraged to give a lightning talk. The talks covered a variety of topics in different formats and they have to be watched rather than described. Hopefully lightning talks videos will be published soon. 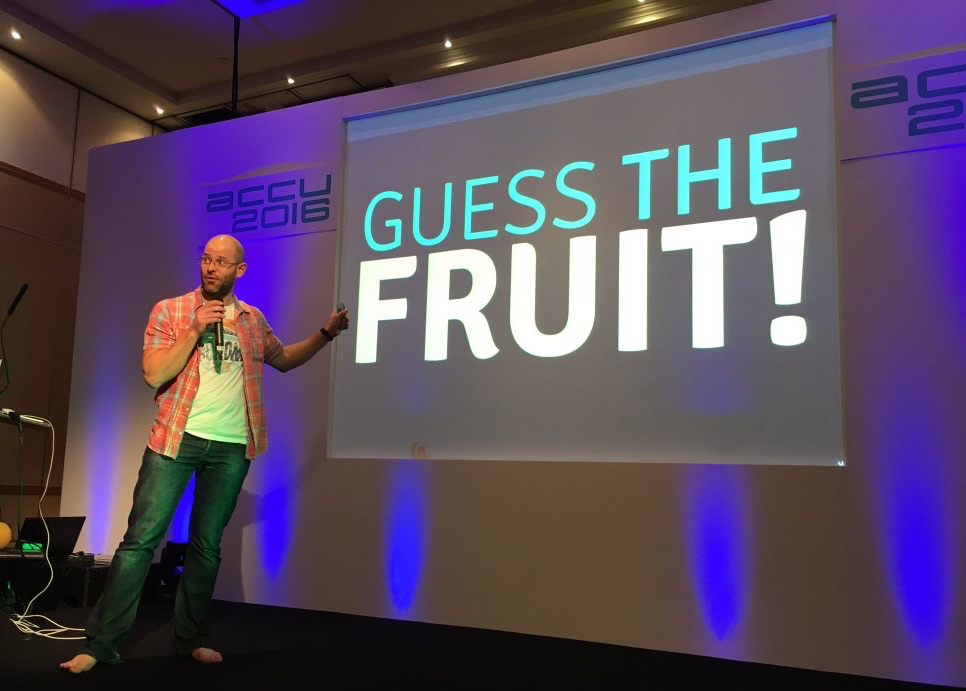